we’re all at death’s door

the question is how close?

Fact is we begin to die

most of us ignore it

yet when death does come

it’s often in a car or other mishap

or possibly disease or suicide

Past a certain age

be it in a hospital

If  lucky, you’ll be at home

in your own bed

surrounded by loved ones

peace be with you. 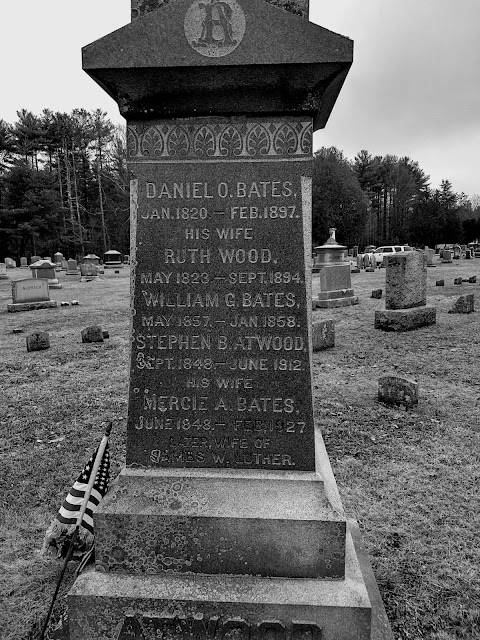 at January 24, 2022 No comments:
Email ThisBlogThis!Share to TwitterShare to FacebookShare to Pinterest

while conversing  with ghosts  among foreign dreams

at January 23, 2022 No comments:
Email ThisBlogThis!Share to TwitterShare to FacebookShare to Pinterest

she dreamed in chapters

of a book never written

who would publish it?

at January 20, 2022 No comments:
Email ThisBlogThis!Share to TwitterShare to FacebookShare to Pinterest

Is it black and white

or damned to a gray

to weigh any statement

or argument with a point

eschewing both sides of debate

and drop a rock

examples of such truths

but will you point

may be too tedious

go with the flow

when so many folks lie

with too many stuck

in a paradox of perplexity?

at January 19, 2022 No comments:
Email ThisBlogThis!Share to TwitterShare to FacebookShare to Pinterest

Never Too Old: A Poem to Myself

to learn something new

of language and writing

and strength of words

as if learning a new

You can do it

one word at a time

in more than one tongue

at January 17, 2022 No comments:
Email ThisBlogThis!Share to TwitterShare to FacebookShare to Pinterest

at January 17, 2022 No comments:
Email ThisBlogThis!Share to TwitterShare to FacebookShare to Pinterest

of those first wintry days

for the holiday season

as the galling winter months

There’s no illusion of charm

when the sun skulks

behind a gray curtain of clouds

to peek out as a coy culprit 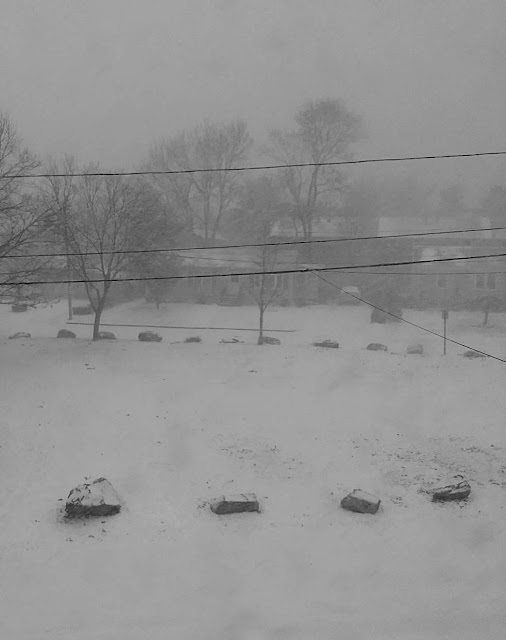 at January 14, 2022 No comments:
Email ThisBlogThis!Share to TwitterShare to FacebookShare to Pinterest

a gurgling stream is silent

dreams of spring a tease. 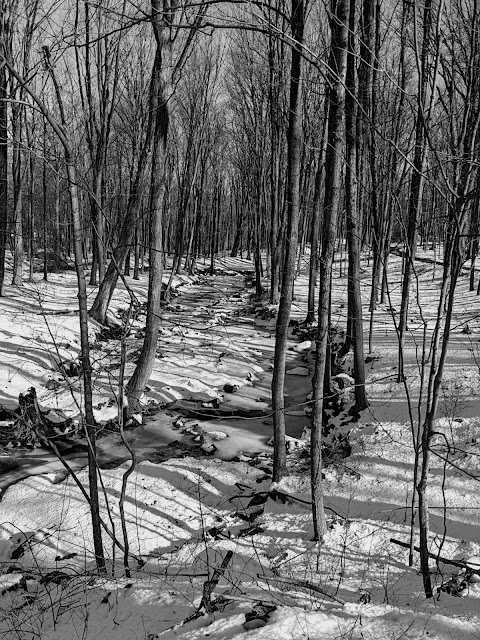 at January 12, 2022 No comments:
Email ThisBlogThis!Share to TwitterShare to FacebookShare to Pinterest

was intense and volcanic

they collapsed and slept

was mellow and comforting

and talked for hours

from childhood to the present

and spoke of funny foibles

No talk of past lovers

or hints of the sex

mired in their memories 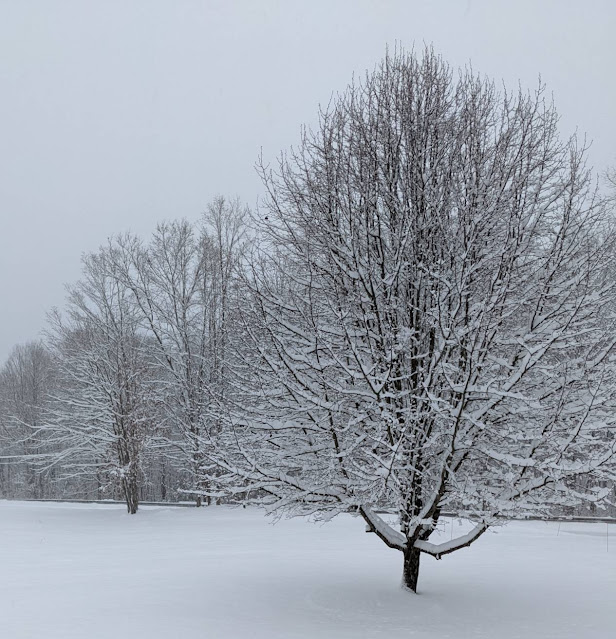 at January 10, 2022 No comments:
Email ThisBlogThis!Share to TwitterShare to FacebookShare to Pinterest

His name was Joseph but most people called him Jupp. He was my former wife’s father, my former father-in-law.

I’m not sure if Jupp was a card-carrying Nazi when he served in the German Wehrmacht shortly after Hitler and his Nationalist-Socialist German Workers’ Party came into power in 1933. Following his hitch with the German army, he became a policeman. By that time, the German police was already under the authority of Himmler’s SS. By extension, even though he was a cop, his connection to the SS was enough for him to spend five years at a Soviet POW in Siberia after the German Reich capitulated on May 7, 1945, and WWII ended.

Jupp was married with two children. The youngest was still an infant. He was stationed with occupying Polizei in the Czech city of Brno, which the Germans called Brünn. I never knew exactly what Jupp did as a policeman, but from what I gathered from things he said, he was a regular beat cop.

As Soviet forces invaded from the east and American forces already deep into Germany in the west, Jupp and his family attempted with a police colleague, Pauli, and his wife to flee to Germany, so they could surrender to the American forces. They feared what the Soviets might do to them and their families.

They were able to commandeer a car from the police motor pool and drove to where the American forces were across the Czech border in Bavaria. However, upon surrendering to the American forces, things didn’t go as planned. The Americans put Jupp’s wife and children and Pauli’s wife into a relocation camp, and then handed Jupp and Pauli over to the Soviets.

The Soviets didn’t think highly of Germans after Germany broke its pact with Stalin and  invaded in 1941, and thought even less of Germans with ties to the SS. In short order, the Soviet officials put Jupp and Pauli on a train with other prisoners to a Soviet POW camp in Siberia, where they remained until they were freed in 1950.

They were among the lucky German POWs—they survived five years of imprisonment in harsh conditions in Siberia. Other Germans weren’t as lucky, as the attrition rate among German military prisoners was high. Out of some 3 millions POWS, approximately 1 million died in captivity. The Soviets released the first group of prisoners in 1950 and the last German POW was released in 1956, 11 years after the war’s end.

Jupp and Pauli returned to Germany in 1950 to resume their former lives as best they could. Jupp and his wife produced two more children by 1953. Meanwhile, he once again became a cop and spent most of his career working as a driving instructor at the nearby Hessian State Police Academy in Wiesbaden. Ironically, Jupp walked to work each day.

Since Germany provided police training to police from other countries, Jupp met police officers from all over the world. Whatever prejudices he might have harbored before the war and during his imprisonment in Siberia, vanished to a great extent. He’d often invite members of a graduating class to his apartment for “Kaffee und Kuchen”—coffee and cake, served by his wife Maria.

When my then-wife and I returned to Germany to live in 1974. Jupp accepted me as family and we  became good friends, even developing a kind of father and son relationship. However, like many Germans of his generation, he still struggled with what academics called Vergangenheitsbewältigung, overcoming the past. Typically, he’d attempt to whitewash Nazi Germany’s history by saying that Hitler wasn’t as bad as people thought, but also did some good things. He attributed Nazi Germany’s war crimes to high-ranking decision makers around Hitler, who could sway him to authorize their actions. At the same time, he’d say, “Under Adolf, there was law and order.” Of course, he also touted German achievements in science and technology, adding that while under Hitler, the trains ran on time, Germany introduced its Autobahn highway system, and Volkswagen—became the affordable “people’s car.” It was the kind of desperate rationalization that you heard from Germans in that generation. I didn’t argue with him, but I’d ask him questions and listen to his responses.

Jupp didn’t speak much about what he did during the war or about his time in Siberia as a German POW. But when he did, he usually mentioned his positive experiences. He was a man of many practical talents as a handyman with interior and exterior renovations. He was also a passable landscape artist. Recognizing his talents, the Soviets put him to work at the camp as a kind of jack of all trades. Sometimes, they also sent prisoners with handyman skills into the surrounding villages to help with doing various jobs for the villagers, such as replacing a roof or rebuilding the stoves and ovens in the rustic Siberian homes built of wood and logs.

The only negative experience I recall him mentioning, aside from the usual complaints about Siberian winters and prison camp food, was how his artistic talent once got into trouble. He had been assigned to paint the walls of the camp chow hall and decided the walls were too bland, so he added a design to the bare walls to make the space “more welcoming,” or so he thought. The Soviet brass claimed his design resembled interlinked swastikas, but he succeeded in convincing them he had no intention of introducing a pattern of Hakenkreuze, swastikas, to the walls. He had feared they would punish him by sending him to work in the mine where his friend Pauli worked. Luckily for him, his only punishment consisted of having to paint the walls again—this time without any design embellishments.

Jupp often repeated how most Russians he encountered never failed to tell him that Hitler was dead—kaputt. But the Russians substituted the h in Hitler with a g, pronouncing it as “Geetler kaputt.”

Note: This story/anecdote is an allegory and by no means an attempt to sugar-coat German Nazism or those "good Germans" who went with the flow. Not all Germans did. Many kept quiet, afraid to voice or act against the regime. In the ca. 12 years I spent in Germany between 1967 and 1983 (with gaps in between) I spoke with many Germans who went along with the Nazis and, who even after the war ended, felt obligated to somehow justify their beliefs. Many held onto these beliefs until they died. I also spoke to many of the offspring of that generation, since most were around my age. Some dreaded going home for the holidays because inevitably discussions would turn to the Nazi era and bitter arguments resulted.
Consequently, I chose not to confront Jupp about his past and argue with him. I asked him questions and listened to his responses because I wanted to understand more fully the mindset. Despite whatever flaws he had or kept, there was another side to him. The man I knew was always loyal to his family and friends, always willing to help others, to share, and welcome guests--whoever they were-- into his home.

at January 08, 2022 No comments:
Email ThisBlogThis!Share to TwitterShare to FacebookShare to Pinterest 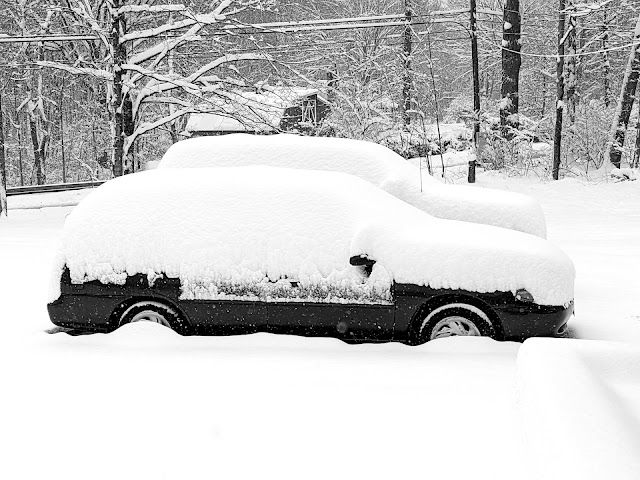 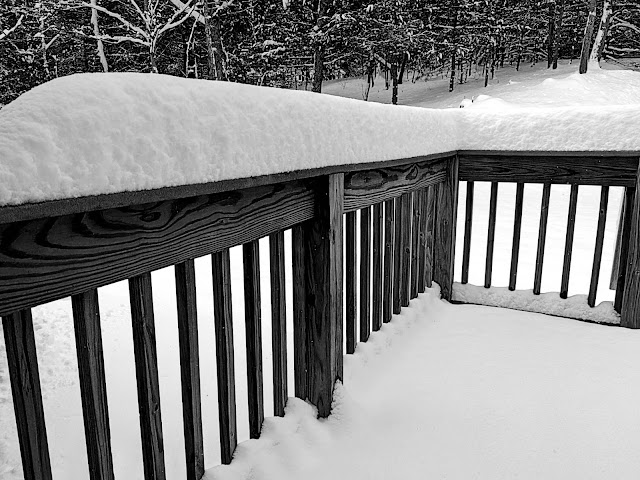 at January 07, 2022 No comments:
Email ThisBlogThis!Share to TwitterShare to FacebookShare to Pinterest
Older Posts Home
Subscribe to: Posts (Atom)

Don’t kid yourself we’re all at death’s door the question is how close? Fact is we begin to die  oh-so-slowly at birth most of us ignore it ...

Frederick Fullerton Writes
After an eclectic career in which I mainly wrote and edited a wide range of texts for other people and organizations, I now enjoy the luxury of writing as a raconteur, fiction writer, and poet. I also translate from German into English. This blog offers readers a selection of my published, unpublished, and rejected work. Whether published elsewhere or not, some readers might still find the posted work a worthwhile read. If not, feel free to comment.